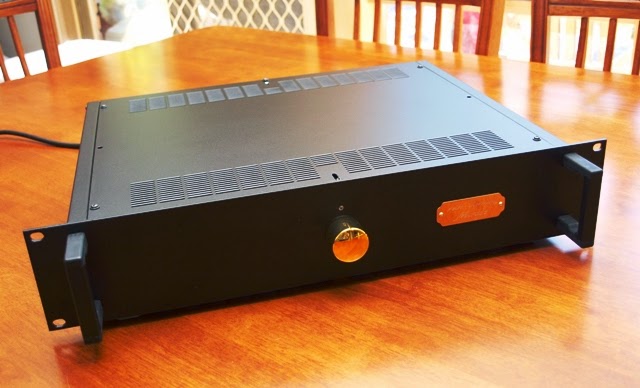 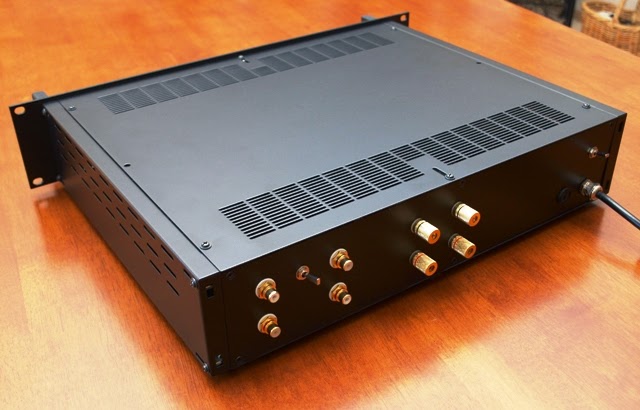 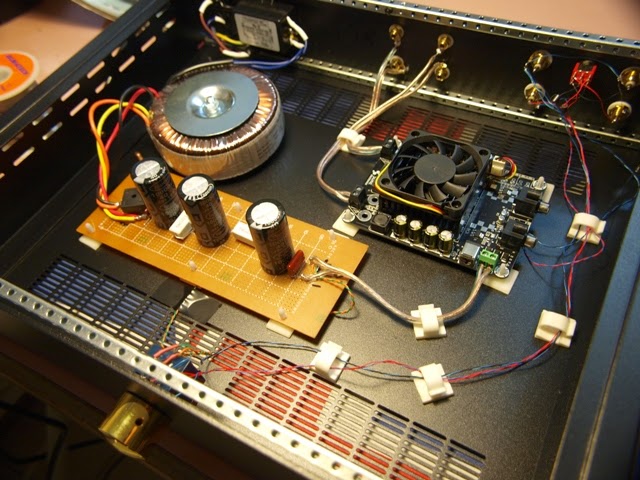 It is one thing building power amps and preamps etc. as SS or valve based devices. It is so easy to slip into that very well known and well excepted mold. I have done so many times. But what about something a little more out of your comfort zone. And what about trusting an $AU32, 100Wpc pre-built amp module from the far east. Well? Well I did but only after a friend had already bought and built based on the same module.

Sure Electronics will ship a tiny (hand size) Class D amp module for the price of two fine beers. What you need to supply is 30VDC @ about 6 to 8A and something to put it in. My build is in a Jaycar 2U 19” rack enclosure which houses a 18V, 9A toroidal, rectifying and filter board and little else.  There are two selectable gold plated quality RCAs on the back and 4oz solid brass knob at the front. One input allows direct connection to the module the other via attenuator. This way the amp can be used as a power amp or have the ability to control volume levels. The sound is very crisp, bright and detailed. It grows on you.
Posted by retro-thermionic at 3:37 AM No comments: 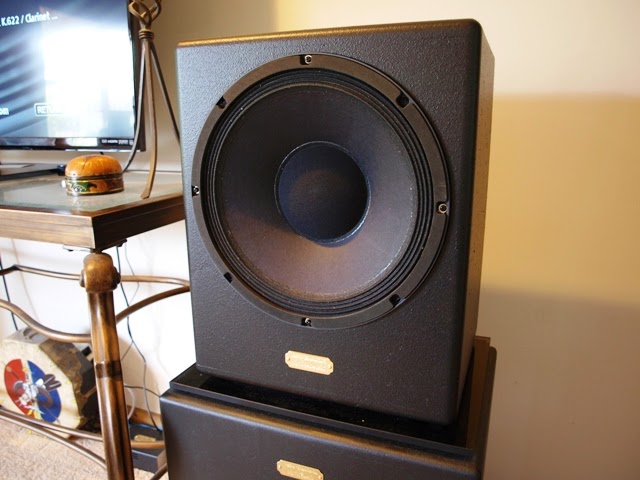 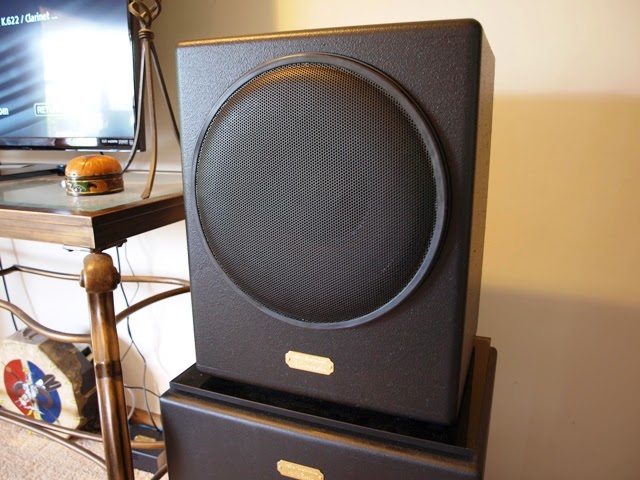 I wanted to build a high efficiency speaker to work with my low power valve and SS amps. These Spanish designed and made 12" concentric drivers by Beyma (12XA30/Nd) filled the bill. The woofer section is 98db efficient and the tweeter section 105! Because these drivers have a very low Q only a 30ltr ported box is required but also a result of high efficiency and low Q there is not a lot of low bass. Sub-woofers or bass drivers are required if you like your low bass. The woofer cone is heavy and quite stiff the the domed concentric tweeter is titanium. The drivers and rated at 350W! The magnet assembly is extremely powerful and uses neodymium magnets.

The boxes are heavily braced inside and lined with bitumanised heavy Al tape and a layer of dampening. The external Xovers are very simple crossing from the woofer to the tweeter at 2KHz. There is a -6db slope on the woofer and -12db slope on the tweeter. The finish is one I have developed myself by using a roller to produce a very stippled, sonicly damp layer. Grills are magnetically attached. The overall sound of the speakers is detailed.
Posted by retro-thermionic at 6:25 PM 7 comments: 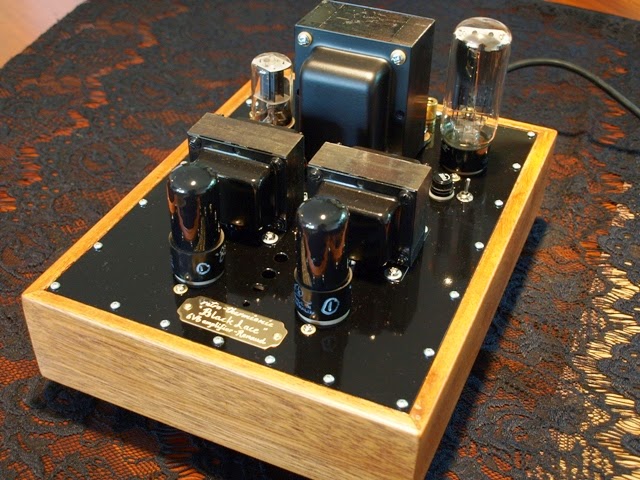 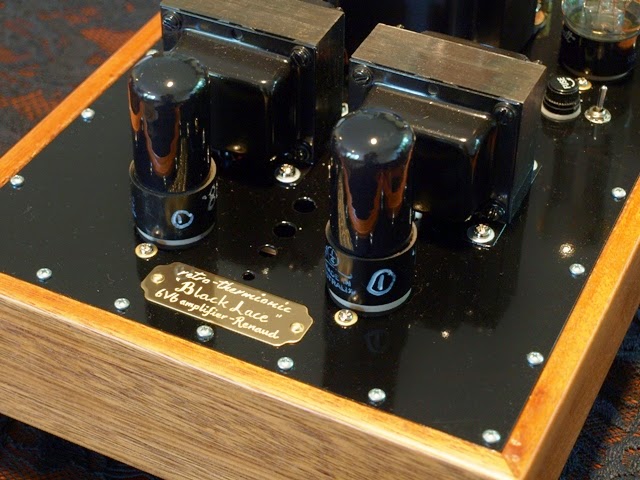 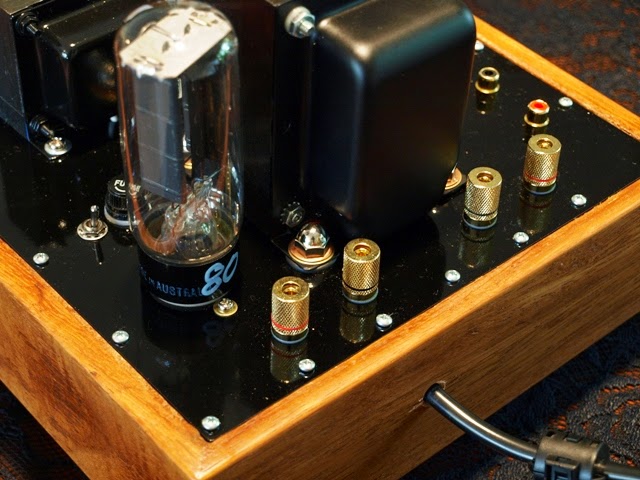 Ozzie, Ozzie, Ozzie. All Australian made Miniwatt tubes (at least 50 years old) on a Murbue base. "Black Lace" was always going to be a very Ozzie build. All tubes: 6V6, 6SN7 and 5U4 are Ozzie Miniwatt made. The 6V6s are black glass and spent 40 years under a house nearby uncovered. To keep with the old school feel carbon film resistors are use throughout except for the cathode Rk which are 5W wire wounds.

The PS is split at a Russian 4uf PIO first cap. The power tranni is rubber mounted to stop vibration reaching the tubes also on the top plate. Domed chromed nuts, securing the power tranni, sit on copper and brass washers purely for looks. The bottom plate has a heavy strip of bitumanised Al foil for dampening.

Two 5H Hammond chokes split the PS to pass through C-R-C filters. 100uf-6.8ohms (carbon film)-100uf. Even at the driver tube the PS remains split in two for two drop down resistors each with a 47uf snubbed electros for storage and further filtering. As you can see a dual PS stream right from the first cap all the way through. Most filter electros are snubbed with 0.1uf high voltage polies. Russian Military PIO caps are used for the inter-stage. The amp is exceedingly quiet.

All hook-up wire was off-cuts from the power tranni and OPTs. The solder was from the 60s or 70s - lead, tin and copper and Ozzie made. The sockets are a resin style, no ceramics around here! OPTs - Edcors - strayed black. The bypass caps on the 6SN7 are bypolar and the bypass caps (Ck) on the 6V6s are low ESR electros. The black lace with the amp (Black Lace) has been photographed on will be cut to for a dust cover when the amp is not in use and will be weighted down with clear and emerald glass beads. All tubes should be run in but all other components are new. The sound for now playing laid-back jazz is crisp, fast and un-coloured.
Posted by retro-thermionic at 5:32 AM No comments: 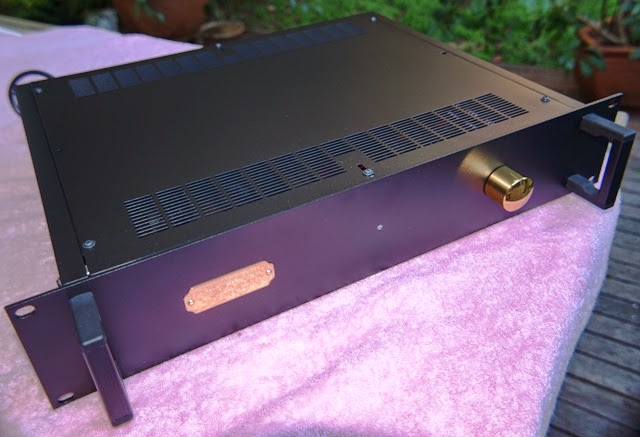 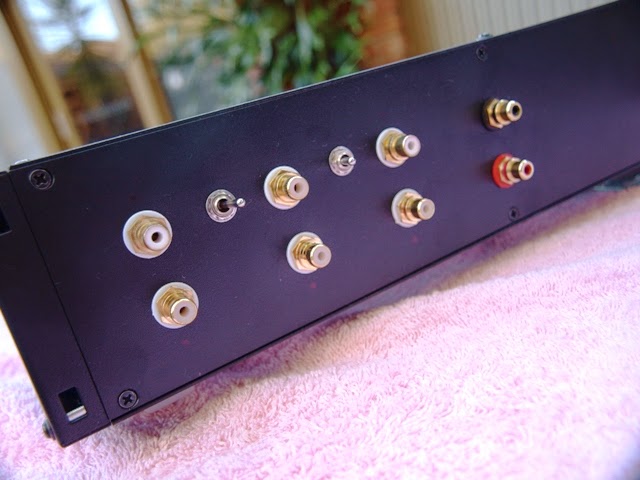 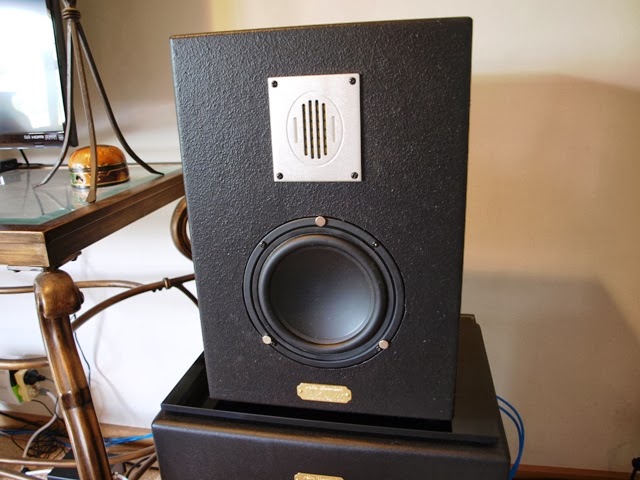 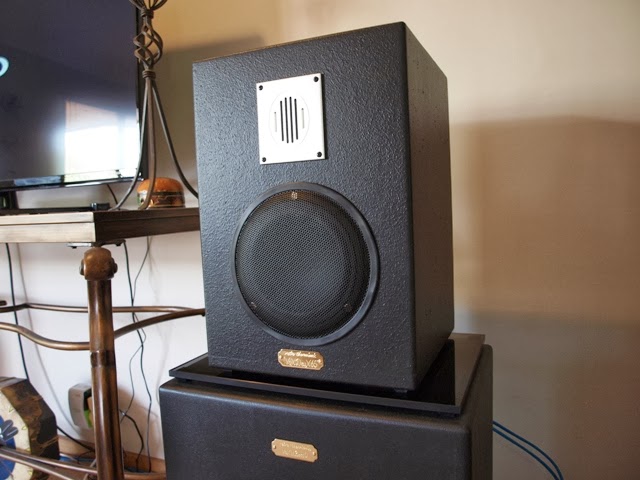 Building on the success of VoXDeuX, my first inexpensive 2-ways, comes VoXDeuX65 and goes to the next level of sonic delivery. These new 2-ways still pertain to the original idea of being inexpensive speakers but always with the ideal of excellent sound. And they have. 20ltr, 18mm MDF boxes with once more the well worked vertical bracing. There is a bass trap chamber formed to one side of the box designed to hold rear reflection and make the box look bigger and better dampened but not to dull the sound. Box weight is 11.2kg. Xover is at 2,350Hz and is a 12db slope. Speaker effciency is about 87db.

The brighter, zingier. treble crystallizes the sound stage and puts a fine, bright edge on the overall sound. Music has better weight with the bigger driver and added with the brighter treble demands to be listened to. I like the sound of these new boxes. I really like it.

Posted by retro-thermionic at 2:50 AM No comments: