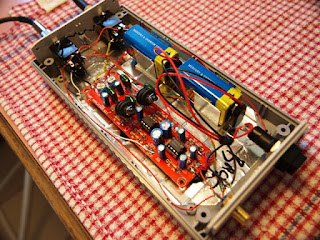 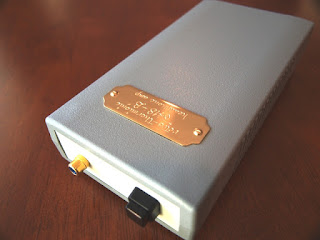 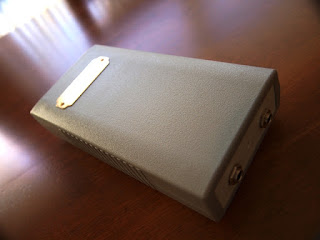 Oatley Electronics of NSW Australia has been very supportive of the DIY audio community. Their release of the sub miniature valve, the JAN 6418, in a preamp\headphone amp caused quite a storm.  The K272 was released as a kit and worked from a single 9V battery. My post of the project on the Diyaudioprojets forum caused the order of these kits from Oatley to skyrocket.  Working with Oatley many other inexpensive audio kits have been developed and released. The latest is the K272B the third version of the original K272.
Here I have used an early prototype, pre-assembled by Oatley, to make a portable tube based headphone amp.

I recently  made two CMoy style, OPA2134 based, HP amps but now prefer the better sounding, harmonically rich, K272B build.  Two 9V batteries are used in parallel to prolong battery life and switching phone jacks, power switch and “on” LED ensures it is difficult to accidentally leave the amp on. The enclosure is impact resistant ABS which is heavy Al foil lined. Volume control is via your player and the “6418-B” will drive low impedance phones.
Where the CMoy style, chip based, HP amps are clean, clear, bright and clinical, the “6418-B” has a much richer, more harmonically complex sound and a smoother all over delivery. Really it all gets down to taste.  I would recommend building the K272B when released around early February 2013. I suggest you upgrade the Oatley passive parts and chip socket to better quality parts.
Posted by retro-thermionic at 7:55 PM No comments: