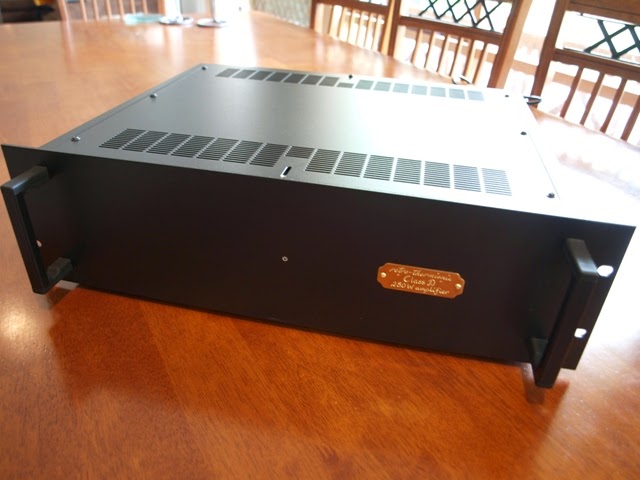 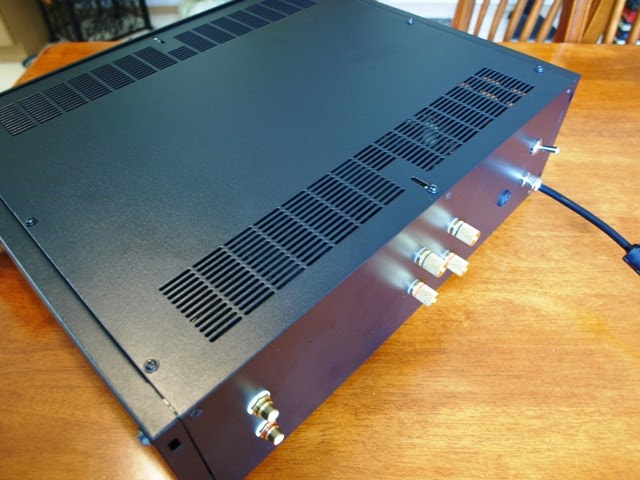 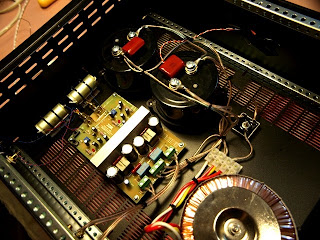 After building two other medium and high power Class D amps (see earlier posts) I thought I would like to hear what a IR (International Rectifiers) chip set base amp sounded like. This 250W module comes full assembled but, as with the others, you are required to make the PS etc.

I chose a 3U 19" rack mount enclosure. I required an enclosure this large because I wanted to use some very large and very expensive Mundorf M-Lytic capacitors I had. The PS can produce 420W and the capacitors are 2 X 47,000uf low ESR type. According to specs the caps can release several hundred amps. The usual RFI\EMI power filter fronts the 300VA transformer and gold plated brass speaker binding posts and RCAs grace the rear.

In other builds small fans are used to cool the power FETs but in this case a very thick Al block is used as a heatsink. For this reason this amp makes no noise where the others have a low fan noise. On a brief listen to the amp it sounds fine and more mellow and balanced than the other two. Further images will follow.

Note: I recently did some up grades to PS and amp module not performed originally. The inside image shows the latest changes; I have upgraded the PS adding some 10uf polies across the storage caps. I believe this improves mids and highs. Also the input 22uf electros have been replaced with some high quality Russian audio caps.
Posted by retro-thermionic at 11:25 AM